Lockdown of domain name for whistleblowers raises constitutional concerns, as well as practical ones 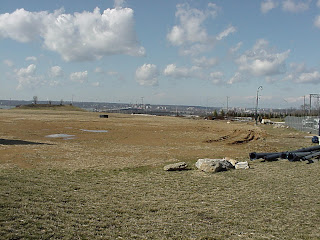 The first thing about the story I’m presenting here, and the links I will give, was for me to decide which blog to put it on. I suspect this story will receive a lot of coverage in the media in coming days, and that I’ll have more separate stories to post.

But for openers, I’ll start with the Internet Safety blog. Because the story suggests that an entire domain can be shut down because of the posting of one user. That’s not supposed to happen in the United States because of a provision called “section 230” in the “good” portion of the Communications Decency Act of 1996, and that section is still intact.

What happened is that a website called wikileaks.org (no active link available now) was ordered shut down in a permanent injunction by Judge Jeffrey White in a federal district court in San Francisco, on Friday, February 15. Actually, it’s more complicated than that. The ISP domain name registrar Dynakot was ordered to disable the domain name and lock it so that it could not be transferred. The site had been a depository for anonymous “whistleblower” leaks of various alleged misbehaviors around the world, such as in Iraq and Guantanamo. The specific situation that led to the court order concerns the Julius Baer Bank and Trust, an offshore (tax haven?) bank in the Cayman Islands, which claims that a disgruntled ex-employee stole papers protected by confidentiality agreements (something that almost all employees in financial institutions would encounter) posted on the site. In a separate “amended temporary restraining order” the judge also ordered that Wikileaks stop publishing the bank’s documents.

Uuum. There’s a lot here. Yes, it’s generally against the law to disclose trade secrets. It’s murkier when the disclosure is supposedly about illegal activities, but I suppose the proper procedure is to go to law enforcement. We know that this doesn’t always work, don’t we. There is supposed to be a lot of protection in the law for whistleblowers. Further complicating things is the fact that this is an international case, and presumably ICANN’s policies and procedures are involved. Finally, why isn’t it enough to simply remove the specific content? Why block the domain entirely? The idea that this could happen can jeopardize all web publishers, especially those who host the speech of others.

But what is even more foolish is that the site is already mirrored with other domain names around the world, and that plenty of bloggers and news sites have published the hard-coded IP address (which I will in a minute). It appears that the judge did not understand the most basic processes behind how internet domain names are resolved and linked. In the COPA trial, which I discuss on another blog, the judge and both sides went into excruciating detail on both sides to examine how the applicable technology works. These injunctions will almost certainly be appealed. But the judge has scheduled a hearing for leap year day, Feb. 29. Already, law professors are calling the ruling a flagrant First Amendment violation, and one professor compared the order to ordering a newspaper to print blank pages in the “Pentagon Papers” case in 1971 regarding the Vietnam war.

Let’s go through the news links. First, AOL told uses about it on Switched.com, in a story by Tim Stevens, “Court Shuts Down Whistleblower Site,” and here is the link.

The New York Times, today, in the National Report, on print page A14, has a story by Adam Liptak and Brad Stone, “Judge shuts down wensite specializing in leaks, raising constitutional issues,” link here. The Times may require registration (and later purchase) to see the content. The NY Times has an editorial Feb 22 "Stifling Online Speech," here.

The blog at http://wikileak.org/ (notice the spelling of this domain name is slightly different) has some detailed legal discussion of the procedural wranglings.

Some other URL’s for the site are the hardcoded IP address.
And the link in Belgium:
The Permanent Injunction against Wikileaks and Dynadot is here.
The associated Temporary Restraining Order is here.

There are many other substitute URL’s around the world. Since the Times can release these, I presume that I can. In any case, visitors will probably be able to find other URL’s easily.

Wikipedia has an article on this incident, with some basic factual summary of the litigation, here. Wikipedia also has a story under "Wikinews" here.

Stayed tuned. I didn’t see a story on EFF (itself in San Francisco) yet, but I suspect I will soon. I expect this story to evolve rapidly.

This cases is considered a good example of the Streisand Effect, where an attempt to shut something down attracts attention and has the reverse effect.

According to Wikipedia, Judge White reverse the injunction on Feb. 29, 2008.

The ACLU COPA blog discusses this case in its Feb 29 entry, here.
Posted by Bill Boushka at 12:06 PM