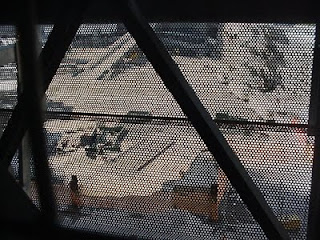 Media outlets report that the New York Times was hit by “maladvertising” this past weekend by hackers who apparently got into the “banner feed”, resulting in the display of fake anti-virus software ads, which were common about a year or so ago in other places. Personal finance has a story by Aimee Picchi, here. The “Gray Lady” does not want this sort of thing associated with its brand.

Peter Kafka has a story “Home Delivery: The New York Times serves up some malware,” here. The Times has a curt “Note to Readers” dated Sept. 13 here.

I believe that I got one ad that did not want to go away until I closed the browser (but I think this happened once with the Washington Post, too). But I don’t think it was the “sex in the city” mentioned in the story (and it’s interesting that the ad also appeared on Mac OS machines). Webroot Spysweeper nearly always finds some sky cookies when it runs a full sweep. It sounds very unlikely that these ads have harmed anyone’s computer unless they actually tried to purchase something from the bogus ads.
Posted by Bill Boushka at 7:35 PM