Is high-tech a home fire hazard?; Learn to use malicious software removal tool 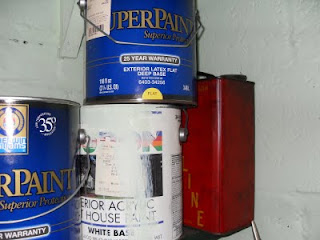 Here’s a good story by J Raphael from PC World "Technology Fails: 8 Extreme Electronic Disasters"), about the “dangers” of “depending on” modern technology, appearing on Dell MSN Saturday morning, reprinted from PC World.

The "exploding laptops" story (“combustible computers”) is familiar from 2006, mostly due to defective batteries. So are the iPhones. They make home electonic hobbying, even for music composing, for example, look dangerous to others.

The most alarming part of the story concerns viruses being found in sealed hard drivers, iPods, USB flash drives, and Eee Box computers.

If this weren’t enough, here’s a story by Robert Vamosi from PC World, “Is Your PC Bot-Infested? Here's How to Tell: Botnets are big, bad, and widespread -- but if your system is infected, you can take several simple steps to clean it and stay safe.”,link here. The article warns that even good and well-known anti-virus programs don’t catch everything, and it recommends learning to use Microsoft’s Malicious Software Removal tool, which gets updated frequently by Microsoft automatic updates.