Another Myspace hoax leads to tragedy, this time in New York State 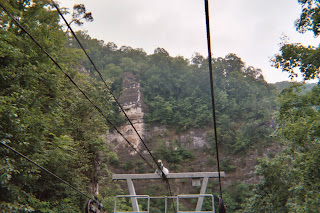 CNN today, in a story by Susan Chun, reports on jury deliberations of a manslaughter trial against Riverhead, LI NY man who shot a teenager, a friend of his son, outside his home in August 2006. The man thought that there was a threat. The teenager was there trying to protect a girl from a threat that had been sent as a "joke" by someone who had logged on to the Myspace page of the son of the man on trail and sent the threat as a hoax.

The case raises some of the same issues as the tragic case in Missouri already reported on this blog, generating some angry comments.

Generally, sending a "threat," even as a hoax, is against the law, however; people have been prosecuted for doing this for a number of years, given school incidents that go back into the 1990s (well before 9/11). The same laws that would have applied to physical media and US Mail can generally be applied to the Internet.

Prosecutors maintain that the defendant should have called police before acting. The defendant is African-American, and there are reports that his reaction to the situation is based on KKK experience in the South.

The CNN story is at this link.
Posted by Bill Boushka at 7:38 PM No comments: 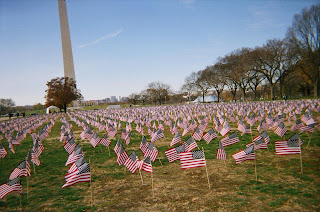 PC World, December 2007, has an important story by Erik Larkin on p 67, "Security Alert: The Internet's Public Enemy Number One" about the Storm Worm and the number of computers it can command. Apparently it can defend itself heuristically by "DDos"-ing your machine, in unusual and deceptive ways. But the best defense seems to be good use of anti-virus software from the major vendors (McAfee, Norton, etc).

Robert McMillan, of IDG News Service, as an article in the PC World online, "Storm Worm Sent 15 Million Pump-And-Dump E-Mails Last Month: The Storm Worm botnet network may be shrinking in size, but it managed to send out 15 million annoying audio spam messages in October", here.

The best way to find information about the virus on McAfee seems to be to look for Nuwar, which brings up many entries, such as this . "Storm Worm" itself does not come up on McAfee.
Posted by Bill Boushka at 12:35 PM No comments: 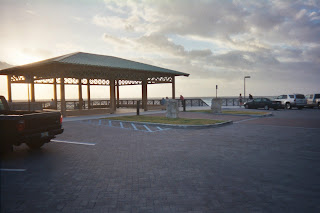 Recently, many media outlets have reported a very disturbing incident in a suburb (Dardenne Prairie) of St. Louis, MO where a teenage girl (Megan Meier) befriended a “virtual boy” on the Internet (through a Myspace profile) and then committed suicide when he suddenly rejected her online. Later the parents of the girl found out that the poster was the mother of a neighboring teen who wanted to “spy” on the girl, so an adult was impersonating a teen (sound familiar?). One of the major accounts is dated Nov. 22, 2007 on ABC News by Barbara Pinto, here. Another is by Mike Celizic on MSNBC here. A later story by By Deborah Roberts, Andrew Paparella, and Ruth Chenetz, appeared Dec 6 on ABC, "'Sickened, Devastated': Parents on MySpace Suicide; Should Those Who Posed as 'Cute Boy' Online Be Held Responsible for 13-Year-Old's Death?", here.

I had previously started a discussion of this story on my TV blog, here.

Local and state authorities indicated that no actual law had been broken. The town passed a law outlawing cyberbullying as “behavior” (based on intent. regardless of the “objective content,” so this is an example of “implicit content”). Later NBC interviewed a legal expert who said that there is a federal law that applies to harassment by impersonating someone else. She did not identify the law. I was not able to find any specific reference to such a law, although perhaps there is a statute related to the coercion and enticement statutes (2422 etc). 2422 (on Cornell site) could apply if the adult was trying to set up an illicit encounter with a minor, which does not sound like the case here (it was in the case of David Kaye on one of NBC’s “Dateline” stings with Peej.)

School systems vary in their enforcement of bullying codes, especially with GLBT people. Even the situation in Jena LA shows that there is a problem with racial issues. Generally school districts say that they have zero tolerance of bullying, but that is not always true in practice, and they have much less control over what kids do at home, much less their parents (although there have been some cases about this).

The interviewer on NBC encouraged parents to watch their kids’ online activity, insist that they be allowed to access their kids’ social networking pages, and to “google” their kids’ names, although this will not work with common names. The major media sites have been claiming that it’s possible to get search engines to notify a parent by email when a child’s name gets indexed online. That sounds misleading. I think what they mean is that Google Index Notification, or similar products from other engines, can be set up to notify the parent when a child's profile on a social networking site (or a child's site or blog) gets indexed, but the parent will need to work with the social networking company to get the details. This isn't a problem when a child sets up a site with the parent or school for a constructive purpose (science or other class research project), but it is a problem when the parent doesn't know what sites the child has or uses.

An important site that deals with cyber bullying is Isafe, with this pdf paper "Beware the Cyber Bully".

I am told that the applicable federal law may be the The Telecommunications Policy Act of 1996. This was previously called "the Communications Decency Act" (CDA) and portions of it having to do with Internet censorship were struck down in 1997 by the Supreme Court, but other portions (including Section 230 which EFF often talks about as protecting webhosts from the effects of postings made by others) are in effect. The best link that I could find is this (on Newshare).

The link for the comment (q.v.) blog is this. It bears reading as there is quite a bit of detail. I also think it is possible that 2242 could apply.

Anderson Cooper went into this issue on his CNN 360 Program tonight in his "Digging Deeper" series. He interviewed Jeffrey Toobin, who discussed federal anti-stalking laws but indicated that it seemed unlikely that they are specific enough to apply here. (Some other laws mentioned in the debate might have a chance.) The possibility of a civil suit for intentional infliction of emotional distress, a tort but a vague one that can be abused, was mentioned.

Apparently, the mother hired an 18 year old to help her develop the phony profile. Another family member have been involved, but if so was apparently motivated or encouraged by the mother. The mother, however, denies that she actually knew about the last taunts sent to the girl. It's not clear who sent the various messages at different times.

The AP (also carried on AOL) has a 12/3/2007 detailed story by Betsy Taylor (explaining the lack of prosecution by local and state authorities) here.

CNN has a video this morning on cyber-vigilantism spurred by this incident, here.
The Washington Times, in an editorial Nov. 24, called the woman a "knave" in its Saturday "Nobles and Knaves" piece. 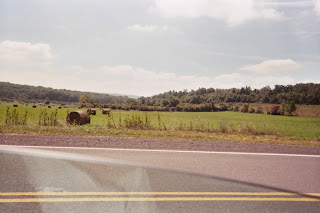 The Dr. Phil show covered the Megan case today (unfortunately it got pre-empted in Washington DC by Coach Joe Gibbs 's resignation from the Washington Redskins). The link for the show is here. The Dr. Phil website publishes a Drew Family Statement. There are some other cases on the show. Colorado Councilwoman Sandy Tucker was asked to resign after posting a joke online with some racy language. An XBox video gamer complains about getting racist taunts while playing games online. The Dr. Phil show took a poll. 67% of replies supported free speech online, but 93% supported laws against cyber-bullying.

Furthermore, NBC Today reports that a federal grand jury in Los Angeles is investigating the possibility of prosecution for essentially wire fraud charges, "defrauding Myspace." But if this was done, what about the millions of other "fake" profiles on social networking sites. Many people set up pseudonyms to protect privacy and many people blog or even publish in print under pseudonyms. The ACLU has defended anonymous free speech vigorously. Is Myspace the "victim"? The MSNBC / Ap story is here. The story from the Los Angeles Times is "Report: Grand jury probes girl's Internet suicide: L.A. Times says MySpace.com issued a subpoena over case in Missouri."