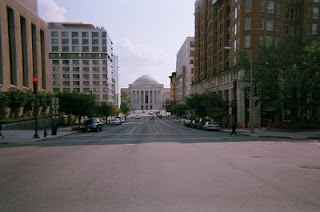 Switched-dot-com (from AOL) offers a list of the “twelve sneakiest computer viruses” here. Some of them include (1) fake anti-virus software (item 12 on their list) (2) Gpcode, which can encrypt most files on your hard drive and demand “ransom” for a decryption key (item 10), and (3) a clipboard attack (which can also sell fake anti-virus programs) and (4) Mebroot, which apparently can install from unsafe websites, and then installs keylogger programs to track your logon to any number of financial sites.

The most noteworthy might be Gpcode, which surfaced in 2005 and has been hard to track down, and anti-virus program has had trouble isolating it. Zdnet had a major article by Dancho Danchev about this ransomware in June 2004 On Sept 30, 2008 Infoworld ran an article by John E. Dunn, “Police ‘find’ author of notorious Gpcode virus: Gpcode ransomware virus was the work of a single person believed to be a Russian national” here. McAfee apparently has a DAT file that would detect the latest version as of June 9 2008, link here.
Posted by Bill Boushka at 11:10 AM