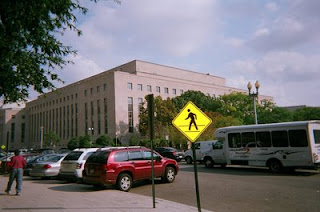 New cyherbullying laws have been passed in Missouri, and one in Illinois that takes effect Jan. 1, 2009. The Illinois law might apply to “third party” postings in a webstie and could conceivably raise Section 230 questions.

In Missouri, the law prohibits communications (including text messages, phone calls and web postings) that cause emotional distress, and has been criticized already as too vague. Already there have been a number of prosecutions. The term "emotional distress" can be subject to interpretation (like reputation, it's in the eye of the beholder) so users need to be careful.

According to Wired Magazine's blog, seven people have already been charged in Missouri. The story by Kim Zetter is here. Most of the prosecutions involved text messages rather than profiles and blogs.

The laws were, of course, motivated by the case against Lori Drew, who was convicted of federal misdemeanors but not prosecuted under Missouri law.
Posted by Bill Boushka at 5:45 AM

Cyberbullying is not cool. but until the parents of the bullies care and are doing something about it - nothing will get better.

This week you can get PC Pandora monitoring software for free. Get details here: http://blog.pcpandora.com/2008/12/23/pandora-corp-announces-pc-pandora-free-holiday-giveaway/ .

I strongly urge all parents to check out and learn about the various ways in which this tool can help you keep your kids safer online... Internet safety is a community thing. the net won't be safe until the community cares...