Microsoft introduces unwelcome vulnerability into Firefox; how to back it out? 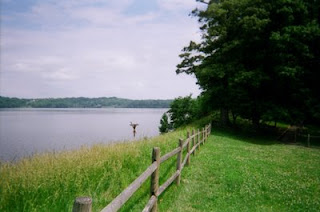 Chad Perrin has a story on Tech Republic about a Microsoft .NET Framework 3.5 Service Pack 1 update that surreptitiously installs into Firefox the same vulnerability that has driven users away from Internet Explorer. That is, the ability to let websites install untrusted, unsafe code on your computer. It’s not clear that anti-spyware software (Spysweeper) would remove it, and apparently Microsoft has made the facility difficult to uninstall.

The blog story is here.

The website “Annoyances” gives some rather interesting but convoluted instructions for removing it.

The product is called ClickOnce.

Brad Abrams at Microsoft has an arcane discussion of “user level” and “machine level” features and gives some more instructions for uninstalling the feature here.

Visual Studio .NET is the high end development package that was so touted as the savior of the IT job market back in 2002. I don't know that it's turned out that way.
Posted by Bill Boushka at 11:00 AM