Can my iPhone have viruses? 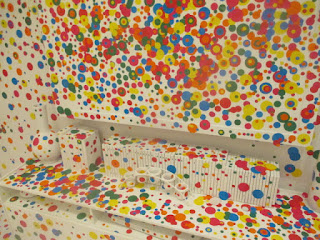 Yesterday, while browsing a supposedly mainstream news site on my iPhone 6, a popup claimed I had six viruses on my phone.  It took a little trouble to make it go away, but it finally did.
This does appear to be the old “fake anti-virus software” problem well known to Windows users from a decade ago.   I don’t see any evidence of tampering with any financial sites accessed from the phone (as I check them on varied environments frequently), and I don’t see any evidence of infection in any images or videos I moved to a windows machine for use (I did a full Trend Micro scan).

Nevertheless, I did a little check on the latest advice on iPhone and Mac malware, and here is a good article (although from 2012).   The article has some interesting discussion of past security problems in the java language and virtual machine, which was all the rage fifteen years ago.

You may be able to get rid of an “adware” message from Safari by going to airplane mode and closing and reopening Safari (video above).  This is similar to getting rid of a fake “system message” scareware browser hijack on a Windows machine.

Posted by Bill Boushka at 10:07 AM No comments:

CIA's Vault 7 does sound like a Roadside Attraction, to me at least 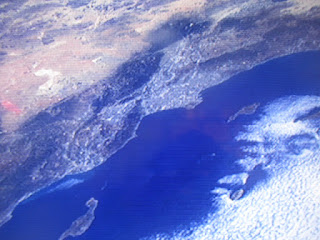 There’s a lot on the Internet now about the CIA’s Vault 7 “scandal”.  Milo Yiannopoulos carried the most bombastic story on his own beefed-up conservative news site (since he left Breitbart, but he presents very similar stories to Breitbart), here.

CNN has answered Milo by finally putting up a detailed story on how Wikileaks got the scoop, here.

This probably doesn’t matter to Internet users in the US much (except maybe those doing illegitimate stuff overseas on the Dark Web -- the CIA "normally" cannot "legally" spy on people at home).  But it does show that hackers could likewise compromise “the Internet of Things” and conceivably spy on people through smart TV’s (even when off but plugged in).  In the very worst circumstances, voyeurs could spy on women or children.  It also shows that in extreme circumstances, foreign hackers (like in Russia), maybe state supported, could spy on high profile Americans at home.

Young OAN correspondent Trey Yingst, 23, asked Sean Spicer about Vault 7 in a White House briefing Tuesday, and Spicer refused to comment.  I was watching (at home on CNN -- I don't have WH access, at least not yet).

This is almost the stuff you would need if you thought aliens from other planets could masquerade as Clark Kent clones among us. What would Donald Trump do about real aliens?  You can't deport somebody 40 light years away.

Posted by Bill Boushka at 6:30 AM No comments: 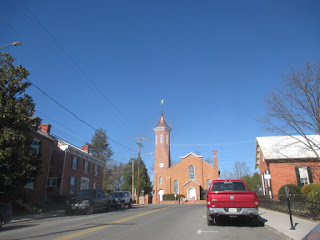 Webroot is warning users about fraudulent IRS W-2 emails, in this article.    The IRS won’t send you emails (except to verify that returns have been accepted – thru HRBlock).  State tax departments (like Virginia) often send business customers legitimate emails (like when sales tax reports are due).

And PayPal users are often targeted in phishing attacks (lately through Gmail), as in this Webroot story.   Since some small non-profits take Paypal but not credit cards (to help “unbanked” clients), most people need Paypal (which can be connected to a credit card for replenishment).

Posted by Bill Boushka at 8:56 PM No comments: